Get fresh music recommendations delivered to your inbox every Friday.
We've updated our Terms of Use. You can review the changes here.

by Paintings of Windows 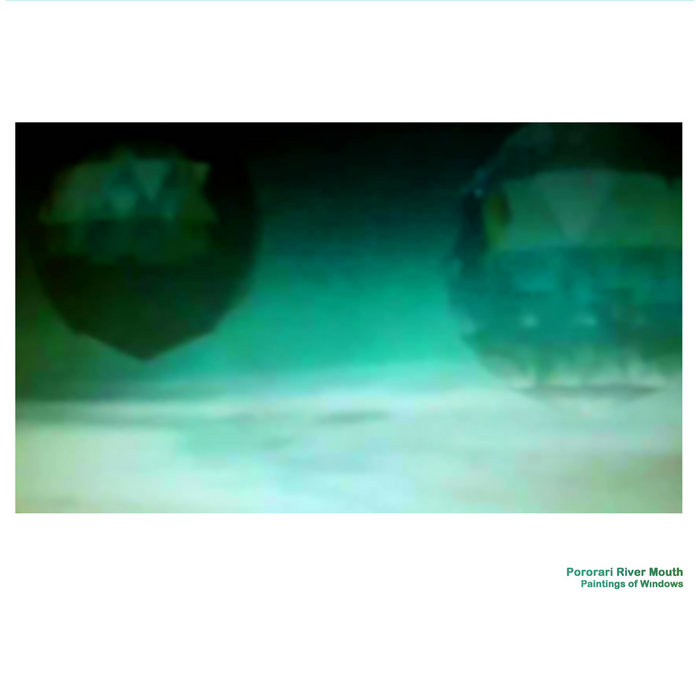 Ostensibly an electroacoustic project Antony Milton's Paintings of Windows project has always been explicitly about place, manipulating recordings of particular spaces - sometimes with instruments being played but just as frequently using 'pure' field recordings- and manipulating these in order to draw out the remembered subjective emotional essence of those locations.
Whilst this essential modus operandi is retained 'Pororari River Mouth' represents a radical departure in terms of sonics and is far more explicitly musical than previous PoW releases. There has always been a meditative ethereal psychedelic character to PoW pieces but on this record one could fine oneself in danger of drooling into their beard.
The location this time is Punakaiki, a small settlement on the wild West Coast of the South Island of Aotearoa/New Zealand, a place where crytalline limestone rivers drop from the mountains through rainforest to a ferocious rocky ocean. Milton spent a week here in April 2013 recording improvised chants and instrumental passages using battery operated synthesiser and sampler, these recordings were typically made at dusk as this seemed the time when the inspiration of the land/sea-scapes were at their most intense. The rush and whisper of ocean waves is perhaps the most dominat of voices here.
Be aware that the resulting album of works, down to the very titles themselves, is very reminiscent of 1980's ambient music, most particularly that of the more left field and eccentric New Age composers. This is not so much intended as irony as tribute to a hopefulness and sense of simple wonder that is all to easy to mock.
The record comes with a 30 minute DVD featuring a film Milton made to go along with the music.
It won't be to everybodies taste but for those with a secret desire to bliss out in their armchair for 40 minutes you couldn't really go wrong.
Limited edition lathe cut record (and Peter Kings done a particularly good job on these ones) + DVD + Digital Download.
View video samples and purchase physical copies here:
www.pseudoarcana.com

Antony Milton is a sound artist based in Masterton, New Zealand. He has been active in the underground and experimental music scenes since the early 1990s. He is also the curator of the PseudoArcana label.

Bandcamp Daily  your guide to the world of Bandcamp

Frayle's Gwyn Strang and Sean Bilovecky join the show to talk about their cathartic new album.